Over the last months, posts about Zettelkästen tended to show up quite frequently on Hacker News and caught my attention.

A Zettelkasten is an ingenious system for organizing notes, cleverly linking notes to each other. The system has most famously been applied by the German sociologist Niklas Luhmann (1927-1998), back then based on physical boxes (“Kasten”) with slips of paper (“Zettel”) in them. 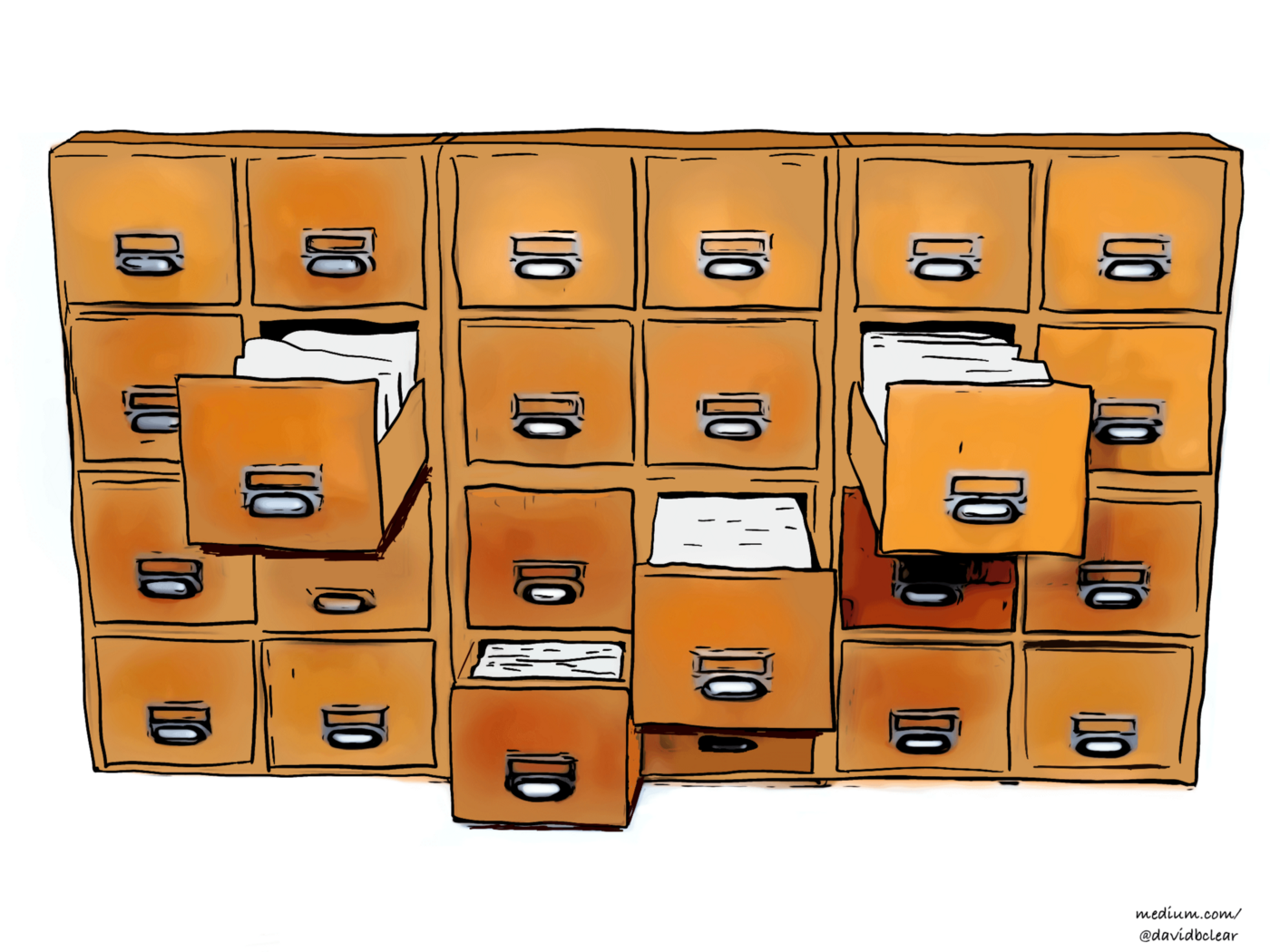 My personal story of notetaking

Years before Zettelkästen got hyped in the community, I used to keep notes in Microsoft OneNote. Essentially I stored every note taken during my last three years of secondary school and my Bachelor’s studies in one huge notebook. If exported to PDF, it comprised several thousand pages. I was quite content with the functionality: Everything was organized in pages and subpages, I could cross-reference relevant topics and everything was searchable (it even OCRed screenshots).

Eventually, I switched to Linux as my main operating system and couldn’t use OneNote any more (In fact, OneNote was the only thing that kept me from doing so for at least two years). Being locked into the proprietary system, my notes ended up being dumped into a HTML file, and almost never looked upon again. Since then, I stored notes as a mixture of Google Keep, Dropbox Paper, Google Docs and a bunch of scattered markdown files. By no means organized, cross-linked or universally searchable.

As of today, I started migrating my notes to Zettlr, implementing the Zettelkasten system. Zettlr is nothing more or less than an excellent markdown editor. My notes are stored as plain markdown files in a Git repository – no more vendor lock-in! With this system, I finally believe that I found a solution at least as good as OneNote.

How to build a Zettelkasten

There are a lot of extensive posts explaining in detail how the system works. I particularly enjoyed reading the articles by David B. Clear and Magnus Eriksson.

From what I learned, the most important points about writing good Zettel are:

Furthermore, notes can be organized using connection notes (“Strukturzettel”) and outline notes (“Folgezettel”). A connection note is a note that links multiple Zettel and explains why they are related. An outline note connects notes in a particular order to form a storyline. They can be considered as a precursor of writing, for instance, a blog post or a scientific paper.